Not So Happily Ever After -- Meet "Mad" King Ludwig II

Today I'd like you to meet an intriguing historical figure, the so-called "mad" king who inspired Disney with his Castle in the Clouds. Kind Ludwig II is reintroduced to modern readers in Not So Happily Ever After: The Tale of King Ludwig II by Susan Braun. 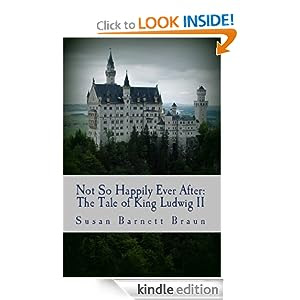 Not So Happily Ever After

Think history is boring? Then you’ve never met King Ludwig II, who inspired Walt Disney with his magnificent castle in the clouds. He ruled Bavaria for twenty-two years, inspiring its people by his support for the arts. Yet he was known by many as Mad King Ludwig. He rarely appeared in the capital or attended any government functions. He slept most of the day and stayed awake all night. He dined with his horse and waved pistols at servants. He created a fantasy world inside his castles, complete with caves and trap-door tables. To this day, no one is sure exactly what caused his untimely death in a lake.

Who was this man: fairy tale king? Insane eccentric? Mad King Ludwig's life followed many twists and turns on its way to Not So Happily Ever After.

Hello, Your Majesty. Welcome to Secret Lives of Characters. Why don't you start by introducing yourself?

Gladly! Guten Tag! My name is Ludwig, of the House of Wittelsbach (we royals do our last names a bit differently). I am King of Bavaria, which is in southern Germany. And my name is not pronounced Lud wig, but LOOT vigh.

What can you tell us about your role in the story. Any profound regrets perhaps?

Oh, my life is full of regrets -- mostly I regret how misunderstood I have been. Many have called me a hermit, but that's mainly because almost everyone in my life has misunderstood me. My government ministers criticize me in the media, and then wonder why I don't want to meet with them. I was castigated by the public after I broke off my engagement with my cousin, Sophie. Yet I did this for her own good! Heaven knows, we both would have been miserable if we had married -- even though I do regret the tragic ending her life took.

Oh my! I'm already intrigued. Tragic romance does that to me. What compelled you to tell your story to Ms. Braun?

Susan has been fascinated with me for almost thirty years. Who can blame her? After all, I inspired even Walt Disney with my grand castles. I'm so grateful that she has kept my memory alive by helping many modern children learn that some dead, white monarchs really are worth reading about. She thought that kids and teens would enjoy my story, and who was I to say no? I'm not one to brag, but I *do* think my tale is worth telling.

Did you enjoy working with Susan, and did you find that the two of you have anything in common?

It was wonderful working with Susan. Since I'm on the other side of the grave, it was not a bit demanding on my part. She read many books about me, and found that yes, we do have several things in common. We both are introverts. We both love to read. We both love aesthetic beauty -- she and I would have had a wunderbar time discussing Wagner operas (although I still would prefer to view them privately).

I'm surprised to hear that you're an introvert. It makes it doubly wonderful -- oh, I mean -- wunderbar that you're visiting with us today. Without giving anything away, can you give us a hint at something  you learned in the course of living out your story? Can you tell us anything about how you felt, or what led to the darkest moment you recall?

I learned that I cannot trust others. This is sad, but true. During my last days, I was sorely disappointed that some of my most trusted advisers changed sides and turned against me. They cornered me in my own home, Neuschwanstein, arrested me, took away my crown, and declared me -- it still pains me to say it -- insane. No fate could be worse!

Insane! Oh my. Was there a point in your life that you felt God had deserted you, or that He was never there in the first place?

At the moment I was arrested and dethroned, I felt God had abandoned me. Throughout my life, through all my struggles, I always begged and sought for God's forgiveness. On my final day, I woke and asked (ach, the indignity of a king needing to ASK!) to attend church. My request was denied. I can only hope God forgave me for this; my intentions were good.

Well, God is good. I'm certain He forgave. What do you hope that readers will take away with them after hearing about your life?

I hope they will appreciate the many positive things I brought to my country: I hated war and only sent my troops into battle when absolutely necessary. I gave the world a gift of lasting beauty by patronizing my hero, Richard Wagner. If you've ever heard "Here Comes the Bride,"  you know at least one Wagner tune. And of course, millions have toured my three castles.

I haven't, but I'd certainly love to! Well, thank you for the insights, and for sharing a little bit about your Secret Life on SLoC.
Purchase paperback or e-book here: Not So Happily Ever After 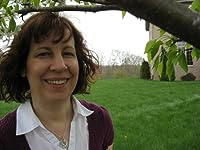 About the Author - Susan Barnett Braun

Susan Barnett Braun grew up in the small town of Seymour, Indiana. She earned a BA in retail management from Indiana University and an MA in elementary Education from the University of Alabama. She taught elementary school for eight years in northwest Indiana. She wrote grant proposals which won a Lilly Endowment Teacher Creativity Fellowship and a National Endowment for the Humanities Summer Study Scholarship.

After becoming a mom to three daughters, Susan found her calling in the home for several years. But as her children grew up, she returned to the keyboard. She has had work published in Parents, Children's Ministry, The Secret Place, Evangel, and Standard. She also writes online as a Featured Arts & Entertainment writer for Yahoo/OMG, and as a blogger at Girls in White Dresses.

Celebrating a Win with The Black Rose & Clash of the Titles 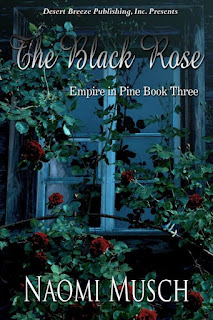 I am so excited about this win on Clash of the Titles. Here's a big THANK YOU to everyone who voted The Black Rose as the most enticing July release -- the book you'd choose for your To Be Read pile. Next stop, The Laurel Award!