Tracy Krauss delivers another round of convincing characters and page-turning tension in Three Strand Cord. 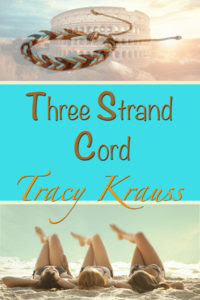 From the get-go, as we meet Tempest, Stella, and Cherise, the three best friend protagonists, their distinct personalities, quirks, and foibles make them individual and believable.

The story begins with them in their early years when they are fraught with typical teenage angst, though their circumstances might be different than most. However, as the story spins on, Ms. Krauss does a superb job of weaving together three tales of young women in their twenties, still striving for emancipation and individual relevance while becoming embroiled in a riveting international intrigue through which they face powerful moral, romantic, and spiritual dilemmas. Ms. Kraus does an excellent job of weaving together those threads – along with the three strands of their friendship toward the climax.

And if you like a good love triangle, there are several to go around. Ms. Krauss is an author who knows how to reel you in with some smoking hot romantic tension. If you like edgy, contemporary Christian romance with a strong thread of suspense that will keep you guessing, you’ll want to add this one to your must-read list.

Posted by Naomi Musch at 5:27 PM No comments:

Here's a party you don't want to miss, coming up this Monday, 5/21! I'm not just saying that because I'm one of the authors presenting. I can't wait to hear about some of these books. There are several BRAND NEW titles across a range of genres so there's "literally" something for everyone. Plus, here's the perfect chance to get the scoop on each story straight from the authors themselves and to ask them the questions you've been wondering about. ALSO: if you'd like to get a little preview before the party, see each novel featured over on the Word Sharpeners blog.  Here's the link to the CHRISTIAN FICTION LOVERS HEROIC WOMEN FB PARTY! 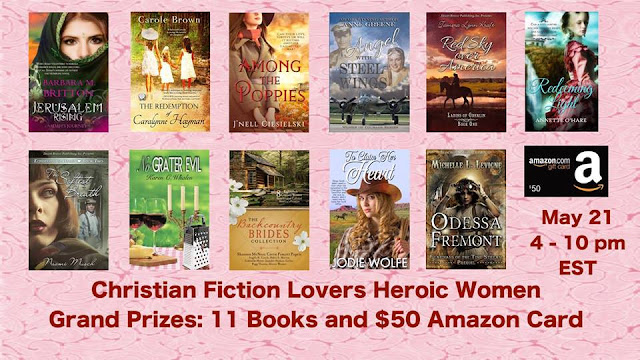 Posted by Naomi Musch at 8:22 AM No comments:

The Pony Express Collection -- a review


I was excited to dip into the Pony Express collection of novellas because it brought to mind one my favorite television series of the early ‘90s. Anybody remember The Young Riders? Fun stuff. This collection is chock full of that kind of historical romantic adventure. I particularly enjoyed Pegg Thomas’s Embattled Hearts. It’s gritty, and her voice is very rich and strong – true to the setting and period, which is something I particularly like in historical fiction. It gives realism to the romance. I have a few of the stories still to read, but I look forward to some pleasurable hours ahead.

View all my reviews
Posted by Naomi Musch at 9:29 AM No comments:

DRUM ROLL, FOLKS!
Here's the cover!
Book Two of the Echoes of the Heart series is about to be revealed:


Gwen’s desperation touches Jacob, but he knows her thoroughly modern type.
Not at all an old-fashioned, wholesome girl like the one he can’t forget. 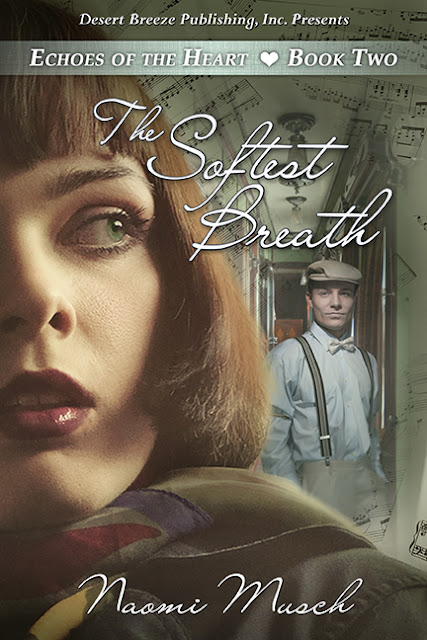 Modern girls seemed always in a hurry. Now one of them has slammed into Jacob Hessman on the street near St. Paul's Union Depot and boarded his train. He knows her type: flapper-chic in her bobbed hair and stylish dress, so different from the sweet, country-bred kind of girl who once filled his heart.

Gwendolyn Smith’s narrow window of time to escape Hugh Phelps is closing fast. Performing in speakeasies and underground clubs has left her mistrustful of most men, but the big fellow she plows into on her flight to the station seems safe enough to attach herself to for short term protection.

Friendship unfolds, but Gwen hides behind lies, wishing she might deserve such a God-fearing man as Jacob, and Jacob’s pursuit of a perfect wife conflicts with his mounting concern for Gwen. Meanwhile, Hugh is catching up. For Jacob and Gwen, trapped in their pasts and misconceptions, the time for truth and love is running out.

THE SOFTEST BREATH is not available for pre-order, but the book drops on May 21st, so get it on your to-be-read list now! 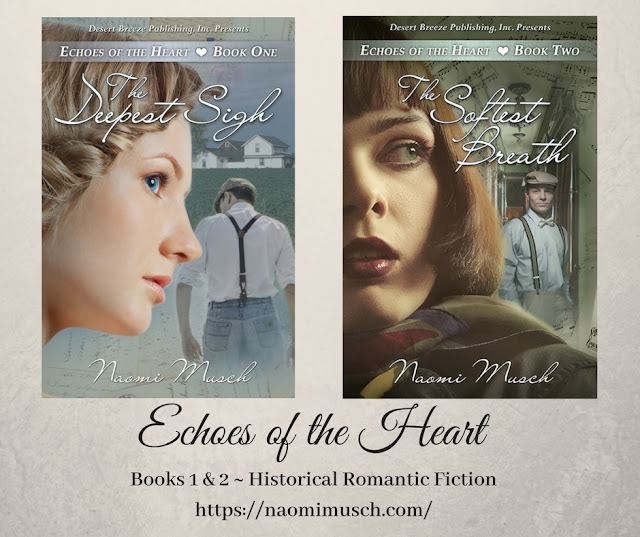 Posted by Naomi Musch at 7:00 AM No comments: