Getting to Know You... Digging Deep into Characterization

Who doesn't dread the flat character who is difficult to attach to? Thankfully, we writers have little tricks for developing our characters to make them multi-dimensional, some lovable, others...not so much. Some characters are just there to make our readers all angsty and edgy. I love it!

About those tricks. Some of us interview our characters. Other writers systematically fill out character worksheets to determine all the things that make them tick. Some of us just talk and talk about them to our families, until our husbands and kids begin to think we might even leave our characters a place in our will.

However, maybe you're a writer who struggles with character development. If so, here are some of my tricks, put together over the years from a multitude of sources including several other great writers out there and a lot of my own trial and error. 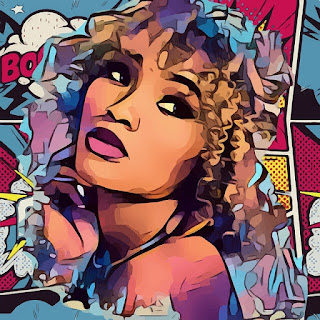 1.) The Free-Write
This is stream-of-conscious writing, wherein you just slip into your characters skin and start letting them explain their thoughts, their needs, their reasons for everything they're doing. Let them scream out their problems or beg in prayer for help. Let them tell you what's wrong with the other people around them and what they wish. Let them journal their faith questions, their love life, and anything else that's in their thoughts and heart, whether or not you use it all later.

Tip: This is a great way to discover back-story.

2.) The Interview
Similar to stream-of-conscious, this is where you ask your character questions and allow them to answer in their own voices. You might have to pry. Here are some examples:

You get the idea. You'll learn a great deal about your character when they answer these questions.
Tip: You'll begin to hear their unique voice and figure out how they'll respond to conflict.

There's another question you could ask your character, but it's so big it deserves it's own category of exploration.

3.) Discovering the Emotional Wound
What happened in your character's past (either recently or more distant) that has left such an impact on him or her, it creeps in and drives his or her decisions, their moral character, their emotions. You'll have to think about this for a while. Every emotional wound comes with a variety of possible outcomes. For some, an emotional wound -- say, the loss of a loved one -- drives them to a bigger, more noble purpose. They create funds, develop community organizations, help others suffering. For others, they turn inward, become bitter, become fearful and reclusive. There are many other reactions. I would suggest that you think about this very deeply. There will be consistent and inconsistent reactions related to emotional wounds. There will be lashing out and there will be self-blame. There will be vindictiveness or running away. It all depends. For help discovering your character's emotional wound, I recommend the Emotional Wound Thesaurus by Angela Ackerman and Becca Puglisi.

Tip: Your character's emotional wound will be the driving force behind the way they react to any given situation in the story until they find healing.

Your character has a misconception about his world. It's the Lie he believes that goes along with his emotional wound. So when fleshing out a character, determine what that lie is and explore it to its full potential. Here are a few common lies to be considered, but there are HUNDREDS.


Tip: Finding and nurturing the Lie will also help you discover themes that are integral to your story so you can create scenes that amplify the themes -- and eventually bring dynamic change to your character.

Tip: Sometimes this activity will inspire a great new idea for one of my characters that is lacking a little something.

If you use character re-casting, it doesn't hurt to clip out a picture (if one exists) or pin one to your Pinterest Board just for reference when you feel like they're getting misty on you. There are other good uses for doing that as well, like remembering the shape of their face or the color of their eyes. Peek at some of my boards for my books and characters. Here's one for heroines, another for The Deepest Sigh, my May '18 novel The Softest Breath, and my Oct. '18 novel, Mist O'er the Voyageur.


6.) Resting
Once you've really started getting to know your character, let the paperwork rest. Take a walk. For me, a shower is a great tool to warm up my imagination. I'm not even kidding! Get away from the keyboard and just bake cookies or something. Invite your character to hang out with you and get to know each other. They might just clue you in to something you never even considered before. Some secret, some scene waiting to be revealed. If that happens, scurry to a notebook and write it down before it gets away. Your in-laws might think you're ready to be committed, but:

Tip: The more you build a relationship with your fictional character, the more your reader will be able to do the same.

Iisn't that the point? Getting those readers to grow attached to your character and his or her plight is what the whole story-telling thing is all about!

I hope this helps you have fun getting acquainted with your characters.
Write on!

Paying It Forward on the Writing Journey

A few days ago, I had the great, good fortune to attend a writers' workshop featuring two excellent and well-known Christian fiction authors, Julie Klassen and Michelle Griep. I've enjoyed reading both of these ladies' books for a long time now, and I eagerly look forward to settling in with a couple more titles I purchased at the workshop. 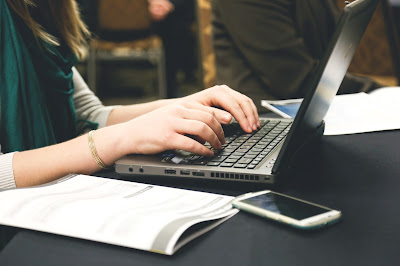 During the workshop Writing Christian Historical Fiction the authors did a fabulous job of tag-teaming a presentation that was packed with information and provided a lot of what I happened to be there for -- inspiration and motivation. They began with a basic definition of Christian Fiction, both what it is and what it isn't. From there they spoke on topics of historical research (how much to use and when to stop so you don't get sucked into the "research hole"), character-building, point-of-view, faith themes, tips to help the "stuck" writer finish their novel, self-editing and revision, and they even addressed various types of publishing how-to's. The workshop concluded with a list of resources to keep us all busy exploring for a while to come.

I appreciate these authors driving way up into the northern wilds to share their expertise, experience, and encouragement to writers of all levels. Sure, like most authors, hosting a workshop helps them to build their platforms, but for a large percentage of us who were already familiar and faithful readers, it also allowed them to pay their blessing forward. Publishing isn't easy, and writing itself is hard. We need to help one another, encourage one another, and keep pointing the way for one another.

Paying forward the lessons we learn in our writing craft is a small and vital way to be effective stewards of the blessings we have received, big or small, with few publishing credentials or many. We each have inspiration and tools at our disposal that we can share with others who are somewhere else in their writing development.

For myself, I love having the opportunity to encourage other writers around me in my writers' groups and organizations, as well as students who feel drawn to the craft. Later this month I will have the opportunity to speak before a group of middle-grade writing students in northern Wisconsin from a wide area of schools. I hope I can find the right words to get them excited about writing and to help them gain some insights about what it means to become a writer with both honesty and enthusiasm.

Where are you in your writing process? How can I encourage you today? How can you take what you've learned and pay it forward?

Here's a reminder if you need a little "writer's food" in your diet. This summer there's a 2nd year conference taking place in St. Paul MN that is really going to be exciting. I went last year, and it was fabulous. After 2017's success, dozens of agents and publishers have clamored to be there this year. If, like me, you live in the upper Midwest and would like to attend a first-class conference close to home that won't cost a fortune, check out the
Northwestern Christian Writers' Conference
to be held at Northwestern Christian University in St. Paul, MN July 13th & 14th. If Julie or Michelle are teaching a class, be sure you attend, and if you see me when you get there, please say hello!